skip to main | skip to sidebar

“Ralph dear, Rusty is scratching at the door again.”

Stepping beyond the singularity, the astronaut found himself on a long, white corridor, stretching back and forward, functional, all soft, buzzing light and wood paneled doors.
How odd. Nobody at the Spartacus mission commanding center was entirely sure what the transition phase of the Strangelove warp-engine woud feel like, but still...
And then there was the song. muffled, a single, untrained male voice echoing down the halls. Was it... Yes: it was Singing in the Rain.
Walking awkwardly from door to the door, listening carefully, the sound ever clear... There: it stoped, just as the astronaut reached that particular door.
Hesitant: well, perhaps it was some fellow singing in the shower, after all...
At wich moment the door opened to reveal an unshaven, wide eyed man with an axe descending right at the astronaut's face plate.
Screaming, cheaply enough--
“Heeeeere's Johnny!” 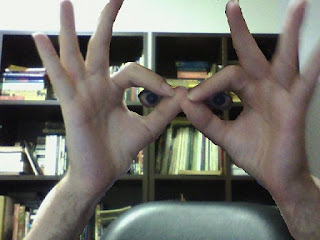 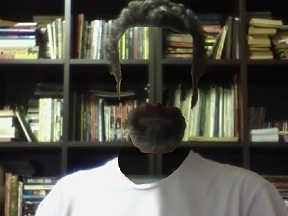